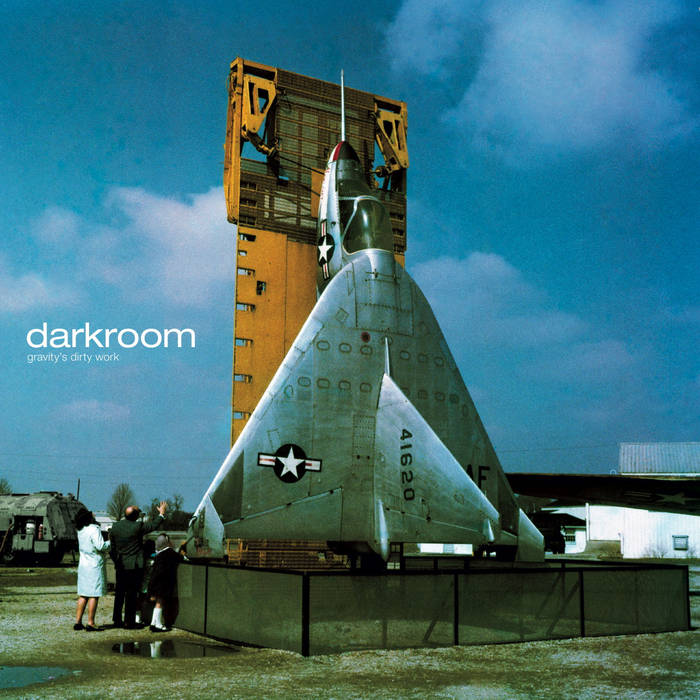 Peter Jones It was a close call. I'm stepping out of my comfort zone here, edging nervously into new-ish territory. Here are some enigmatic soundscapes that simply have to be accepted - they don't necessarily have a direction.

progstreaming.com scores yet another goal, though. Now I'm tempted to listen to the band's other works..! Favorite track: there’s no such thing as noise.

"Brimming with exquisite hooks, sub-sonic grooves and luscious immersive environments… Gravity’s Dirty Work from progressive electronica outfit Darkroom has all the drama, drive and dynamic punch you’d expect from a rock album. At times sepulchral and brooding, at others transcendent and uplifting, it ends in lost-summer reveries and echoey melancholia." - Sid Smith

Begun as an exploration of early 90's electronica and its many sources, the album developed from extended improvisations through meticulous editing, layering and post-production into a coherent and timeless suite.

The trademark blurring of guitars, synthesiser and found sounds moves from the heavenly Beck meets Talk Talk atmospherics of Karhupuisto / Beautiful Retreat through apocalyptic foot-on-monitor fuzz mayhem at the end of the title track before closing with the eloquent scandinavian jazz-electronica fusion of A Pair A Part.

Artwork by the inimitable Carl Glover.

A sampler video with excerpts from the album is here: www.youtube.com/watch?v=o3fswBwNEIc

Guitar but not guitar; synthesizers but not keyboards – Darkroom’s music starts with improvisation and a distinctive approach to sound design, followed by disciplined editing and stop-motion studio craft. By turns beautiful and beautifully ugly, theirs is a very human music that always sounds ‘played’ not ‘programmed’, despite the essential technology. ... more

Bandcamp Daily  your guide to the world of Bandcamp